Föglö is a group of islands in the southern archipelago of Åland with a population of about 550. The islands have been inhabited since ancient times, previously under the names Fyghelde and Fögel. The sailing route between Stockholm in Sweden and Turku in Finland passed through Föglö and ships would stop here to make customs declarations, receive piloting help or wait out bad weather for the crossing of the sea of Åland. Today fish farming is the main industry of the islands, but you can still find many buildings remaining from the time Föglö was a shipping hub.

In modern times Föglö became noticed internationally when divers in 2010 salvaged 145 bottles of the world's oldest champagne from a still unidentified wreck in the waters of Föglö, at a depth of 55 meters. Amazingly it turned out the content of the bottles was still excellent to drink after being preserved for more than 150 years in the depths.

During the autumn of 2016 divers found yet another shipwreck with bottled cargo, this time believed to be wine.

During summer Föglö is a popular destination for bicycle tourism. Arriving with the ferry to Överö and biking through Föglö to Degerby, many chose to stay overnight to continue with another ferry to mainland Åland the next day - or making their journey the other way around. Föglö is also a great destination in Åland for kayaking, with many protected bays and sounds. There are several accessible places to put your kayaks in the water.

Holiday homes fill up with people during june to august and Föglö comes alive with many events. Midsummer is celebrated in june with the erecting of traditional maypoles, and dinners with herring and aqvavit schnapps. In august the village of Degerby is the host of the popular Seagram Jazz & Blues festival, with performances from both international and local artists. 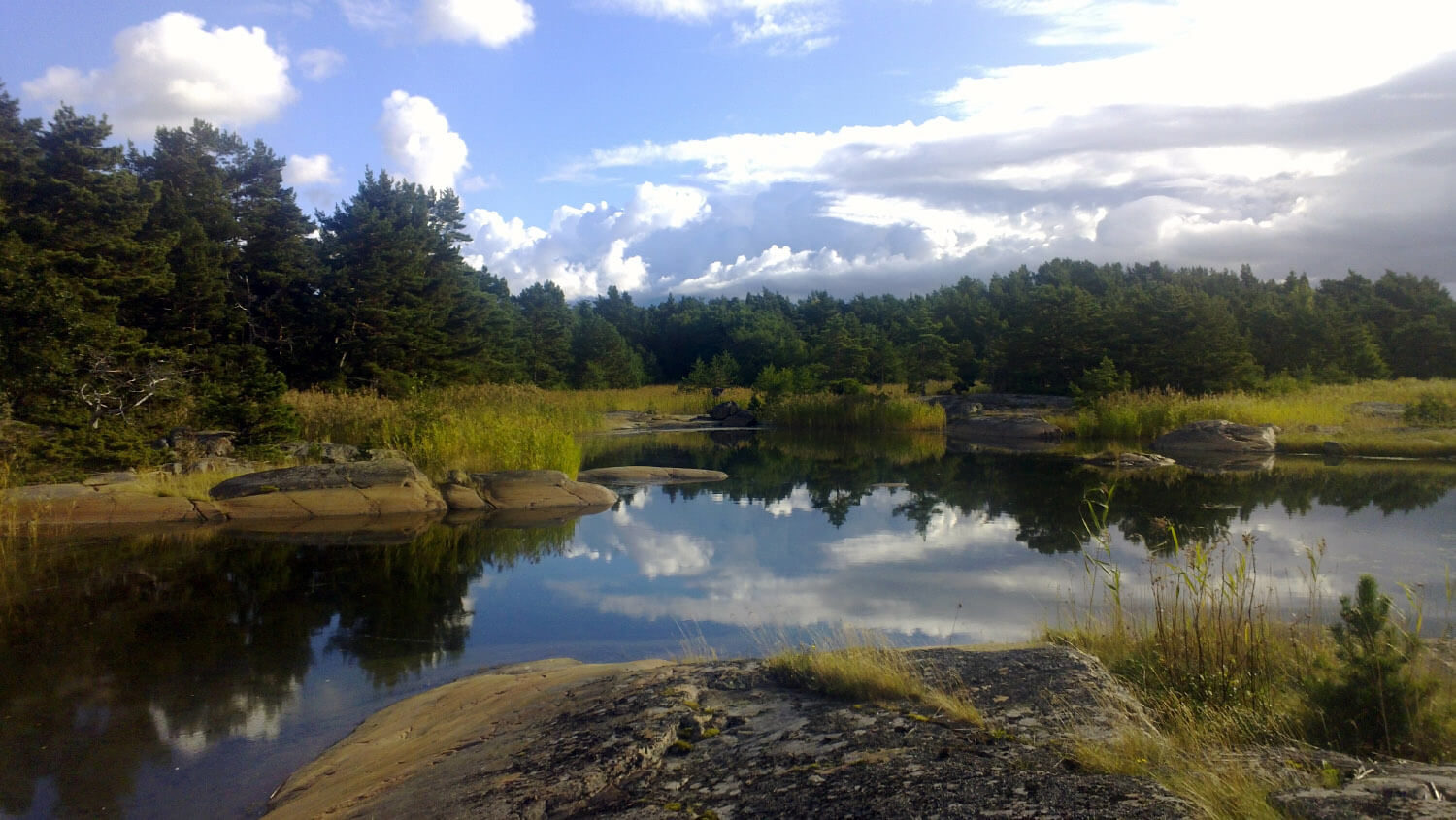 During autumn and spring many people come to Föglö to rent a cabin and enjoy the calm of nature and pike fishing. After a day out on the waters people return to their cabins to cook their catch and fire up the sauna for an evening of bathing and swimming. 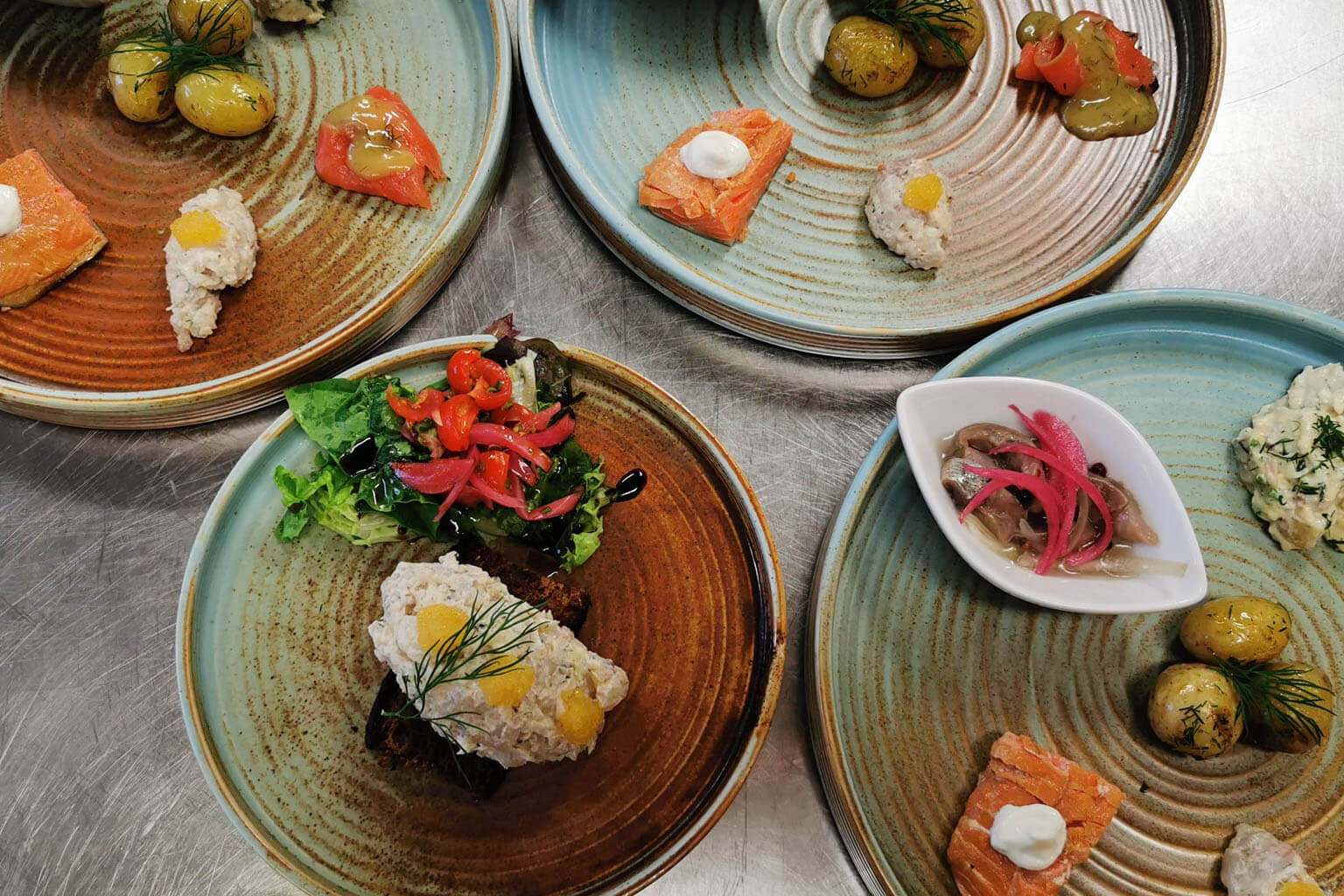 Travelers have hauled the port village of Degerby for ages, due to the proximity to the sailing route that connected the western and eastern parts of the Swedish kingdom during hundreds of years. When the Åland Islands became part of Russia 1809, the customs chamber was founded in Degerby. Imported and exported goods would be cleared here. The marine pilot station in the village provided navigation aid through the archipelago. Steam boats on the Turku - Stockholm route would stop in Degerby and passengers to and from the Åland Islands would embark or disembark.

Here you can find the historical guesthouse and court Enigheten. Already during the 17th century a guesthouse was founded in Degerby by orders of the Swedish king. From the beginning of the 18th century Enigheten also served as a court where disputes and criminal cases from the surrounding islands were settled.

In Degerby you will find most of the businesses and services in Föglö. There is a well-stocked supermarket, restaurants and lodging. Degerby is also the port of the Föglö ferry which departs to mainland Åland several times per day.

In Degerby you can moor at Degerby Marina, located north of the ferry pier, by the Föglö supermarket, with a maximum depth of 3 m. Here you can find 24h fuel pumps by the pier. The mooring fee includes a discount at nearby Restaurant Seagram. You can also moor at the small pier belonging to Guesthouse Enigheten, north of Degerby. Mooring is free for restaurant guests or day visits.

There are many fine natural harbours for anchoring in the archipelago of Föglö. The old sailing route Embarsund is beautiful to sail through for boats with shallow keels and has several protected natural harbours.

Buses depart to Mariehamn from Berghamn where the Eckerö Linjen ships arrive from Sweden. The bus takes 40 minutes.

Buses depart from the bus lot next to the city library, going to Svinö in Lumparland. From there the Föglö ferry departs for Degerby several times per day. Ask the bus driver to let you off in Svinö as it is not the final destination. The bus costs about €5 and takes 45 minutes. The ferry takes 25 minutes and is free for passengers without a vehicle.

An alternative route is from Långnäs harbour to Överö in northern Föglö. This is the final destination of the same buses that go to Svinö. From here ferries on the Southern Line goes to Överö. Passengers need to inform the crew that they wish to depart in Överö. The ferry takes about 30 minutes and is free for passengers without a vehicle.

The ferries on the Southern Line stops by Överö in northern Föglö on their voyages to Långnäs harbour. Remember to inform the crew that you wish to depart in Överö or the ferry might sail past. The journey is free for passengers without a vehicle, there is a café on the ship.