Sights and attractions in Åland

Our nature is the best Åland can offer visitors. No matter how you choose to travel, you can always find ways to experience the nature here. The flat topography makes biking a breeze for a day - or for a whole holiday.

Island ferries bring people and vehicles to the largest islands. If you sail the archipelago with your own boat there are many protected natural harbours and marinas among the islands.

If you enjoy kayaking it is easy to find a good spot to put up your camp among the thousands of uninhabited islands. Kayaks can be rented for just a day or a whole week. 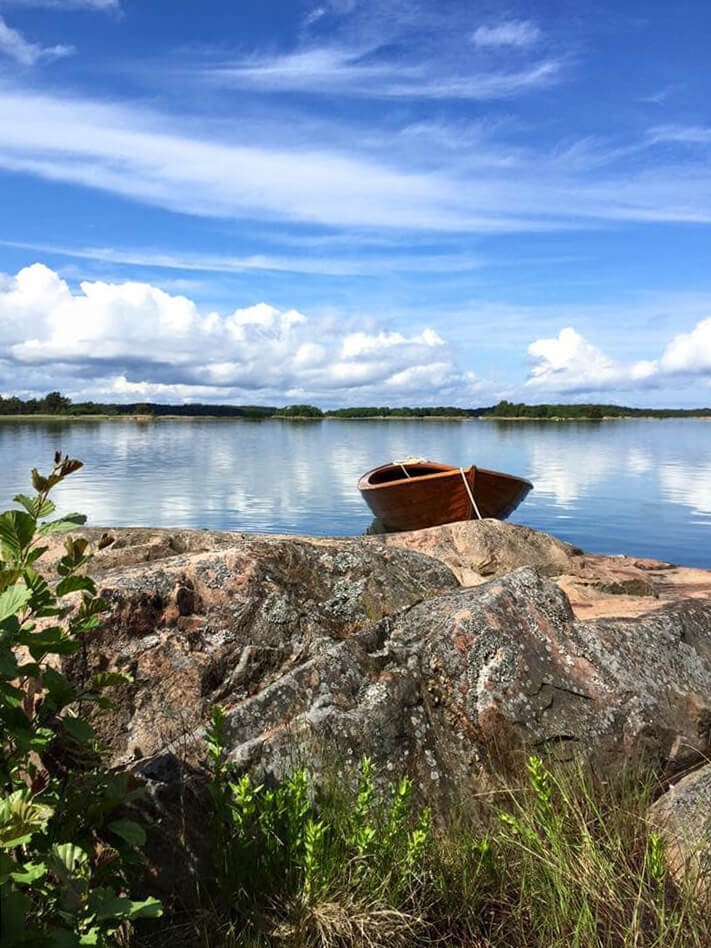 Pommern is a preserved steel hulled sailing ship from 1903, moored in Mariehamn's western harbour close to the Viking and Silja terminals. It is the only remaining ship of it's kind and the pride of Mariehamn. The maritime museum is nearby the ship and contains beautiful models of ships from Åland, old navigational instruments, luxurious captain's quarters, exhibitions ond sailor's culture and an old steam engine. 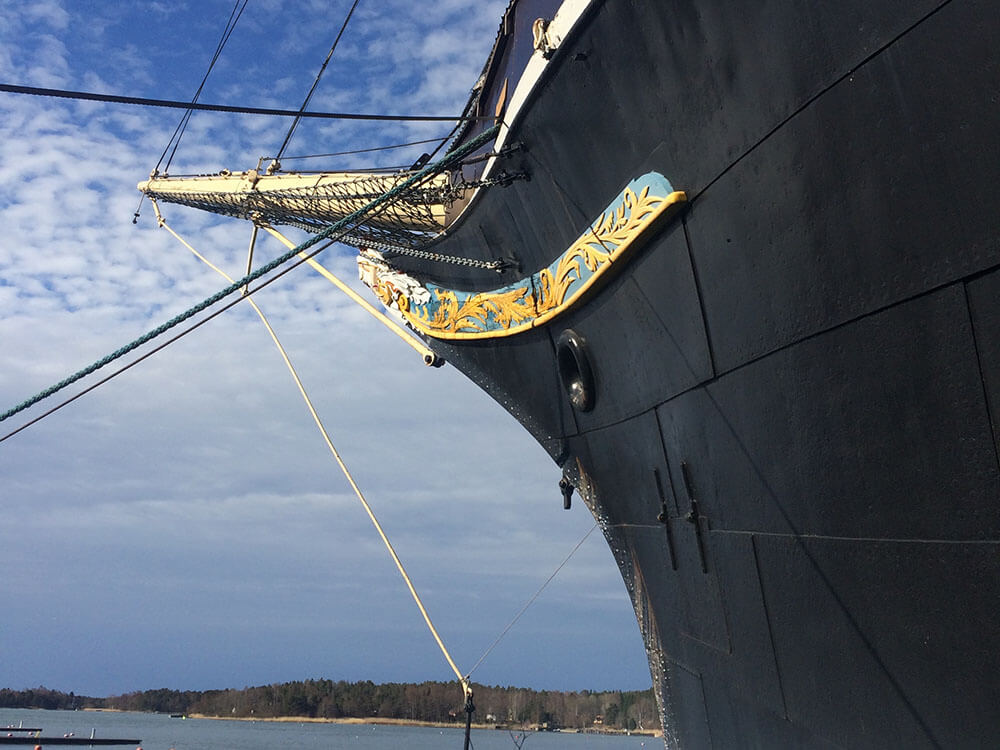 The Kastelholm castle is one of the most visited sights on Åland. The first castle was constructed in the 14th century and has hosted nordic kings as well as been a prison for king Erik XIV of Sweden. The castle has been the scene of various political conflicts during medieval times and been burnt down several times. There are several museums nearby the castle. 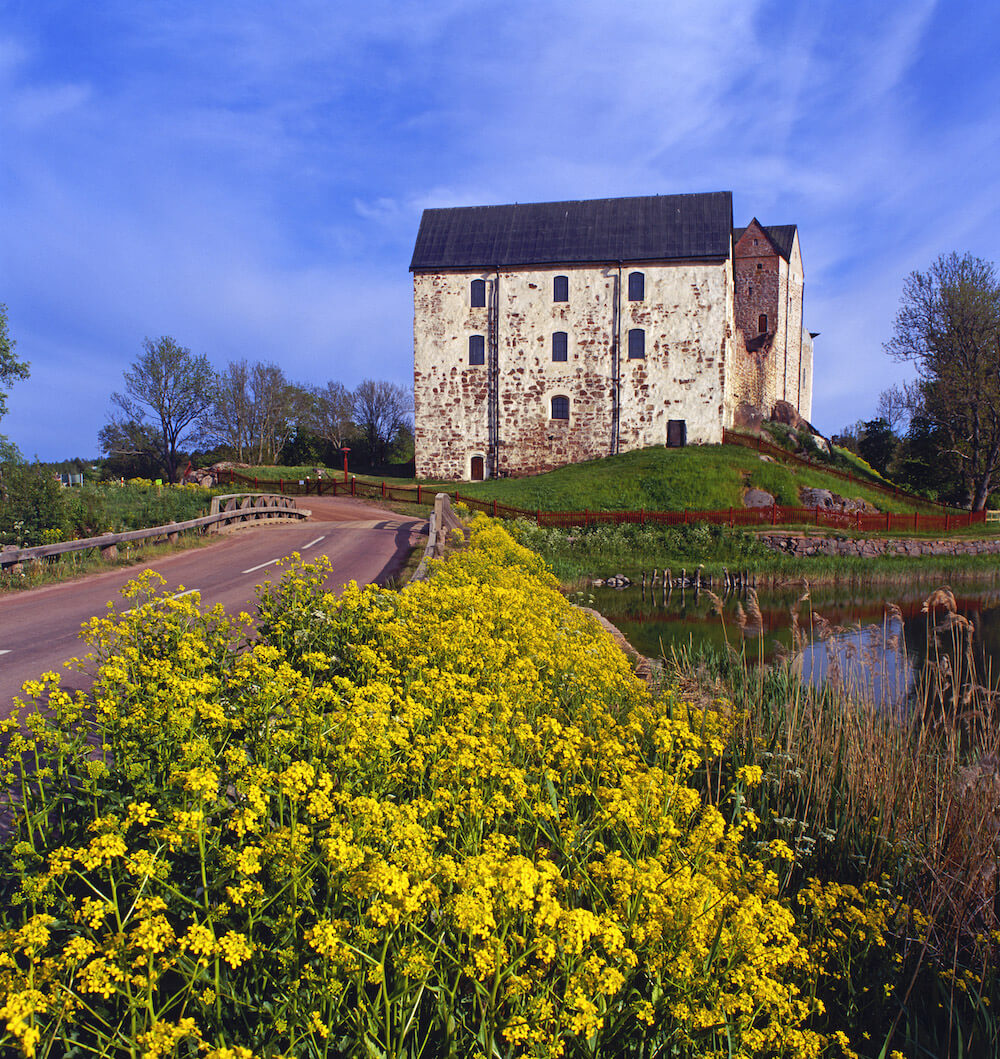 Just a few kilometers from Kastelholm, heading towards Vårdö, lays in ruins the fortress of Bomarsund. Construction of the stronghold started in 1832, when Åland was part of Russia, but only became half completed before the British and French navies unleashed an assult on it during the Crimean war of 1854. After a major battle, involving 14 000 soldiers and 80 ships, the Russians were forced to surrender. The British navy blew up the fortress and today only the ruins remain. 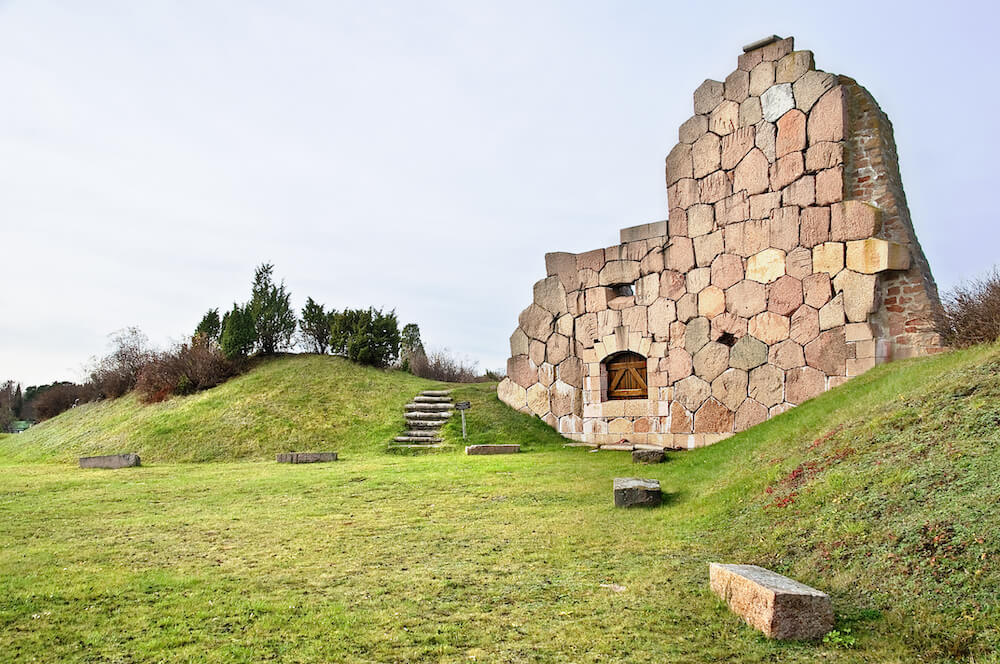 This beautiful island sits in Kökar in the outer archipelago. An eccentric baron made this barren island his home during the 20th century and used the aid of the local population to erect classical statues, cultivate a garden, build a house and construct a harbor, everything by manual labor. Daily excursions are arranged from Kökar during summer to Kälskär, an island also famous for a "peculiar" ice age rock formation which might resemble a cauldron. 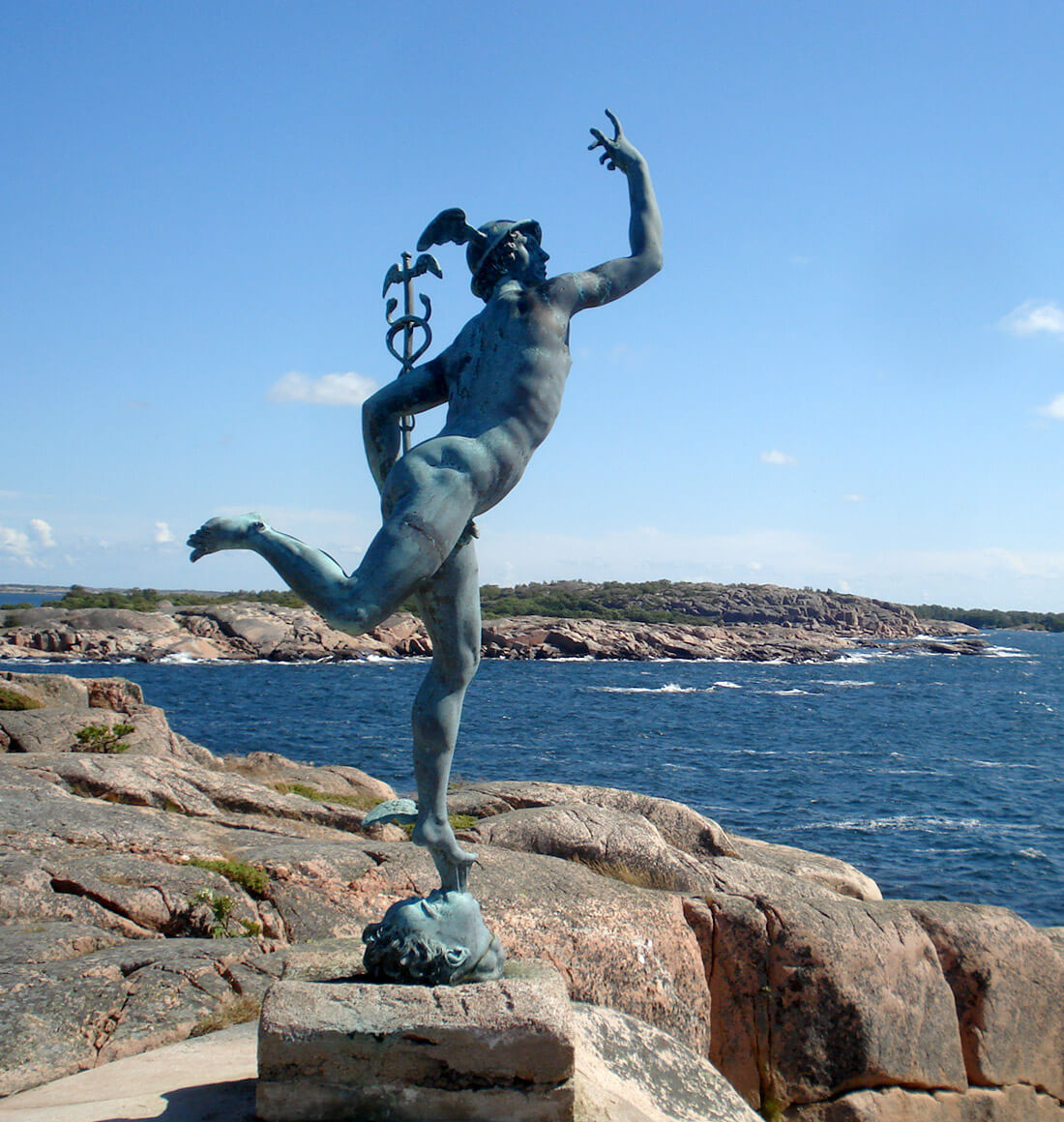 There are a dozen medieval stone churches throughout the islands. Föglö, Kumlinge and Kökar each hosts churches from the 14th century and next to the Kökar church lays the ruins of a medieval Franciscan monastery. In the tiny island of Sottunga there is a wooden chapel with a medieval origin. 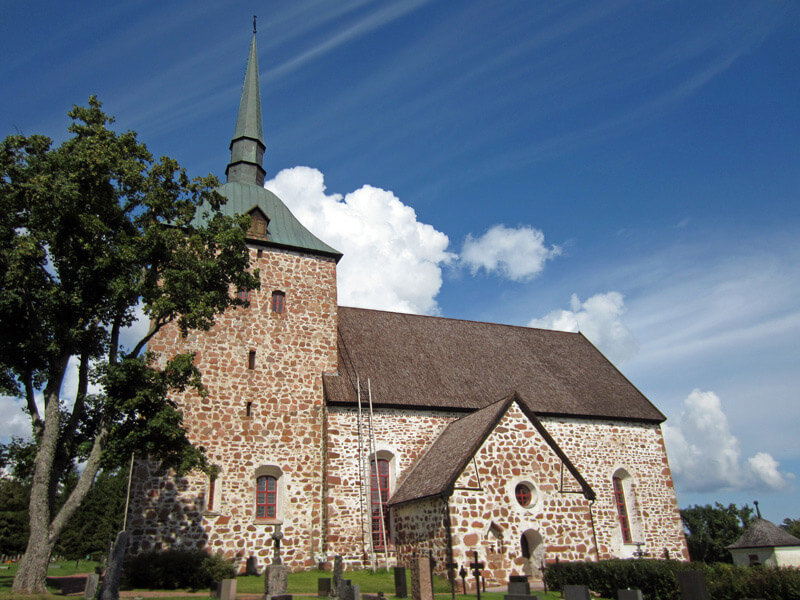 This building was raised after Åland and Finland became part of Russia after the war of 1809. The architecture is imperial and made to impress, since this was the westernmost border of the Russian czar's empire. Construction was finished in 1828 and today it hosts a museum and exhibitions of the time when mail was carried between Finland and Sweden by local peasants in their small boats. 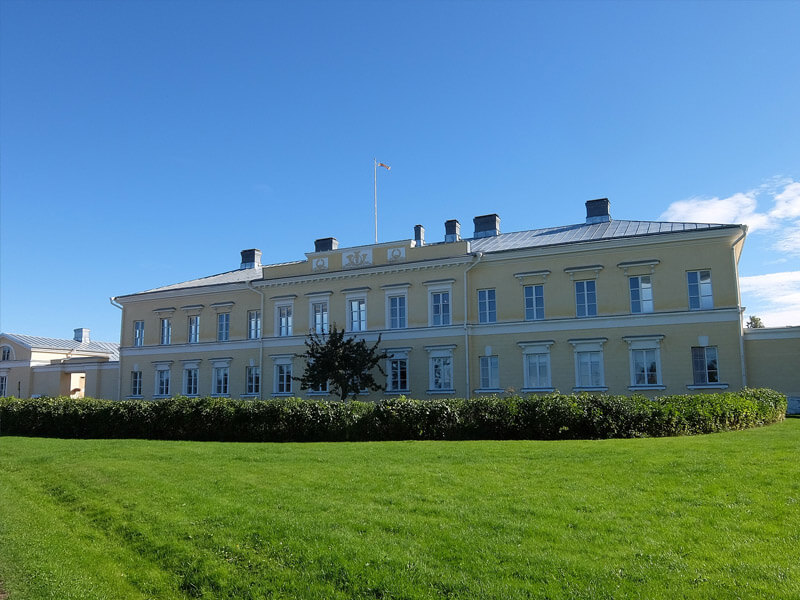 Mariehamn is the only city in Åland and was founded by czar Alexander II in the 19th century. The new city needed the service of pilots, to guide incoming ships to the harbour, and therefore a pilot's cabin was built on the Kobba Klintar skerry. A few years later a light beacon was installed as well. Today these skerries are still the first sight of land for many ferry passengers see after crossing the sea from Sweden. From the end of june until the end of august boat excursions to the skerry depart twice daily. Outside of season visits are arranged by advance reservation. There is a small harbor for those arriving with their own boat. 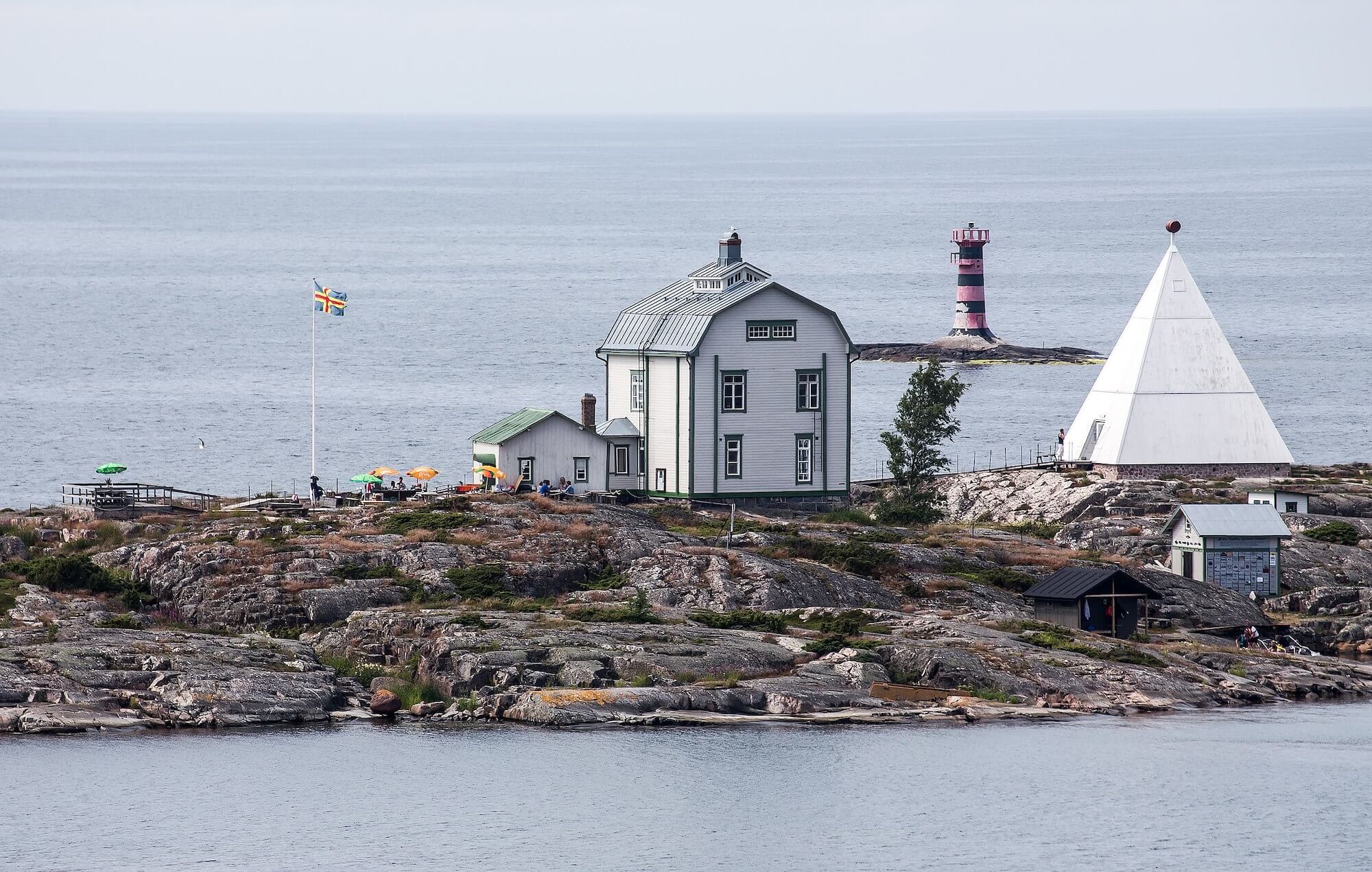 The first people to ever set foot on Åland are presumed to be seal hunters, who put up camp here thousands of years ago. Seals were hunted for their meat, fur and for the oil that could be extracted from the lard. Fishing became an even more important way to sustain after the islands were settled. Islanders would fish great amounts of herring and cod and sail to the capital cities around the Baltic sea to sell their catch. The hunting and fishing museum is in Eckerö and open to the end of august. 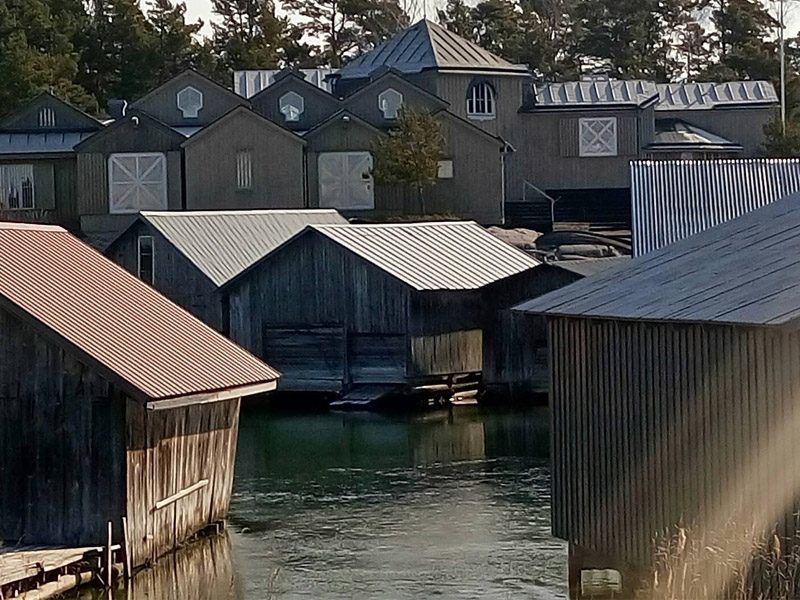 There are several preserved homesteads from the older days around Åland. One of the most interesting is Guesthouse Enigheten in Föglö, where travellers have been recieved since at least the 17th century. The inn has also functioned as a courthouse for the surrounding islands until the 1940s. The place ws destroyed in a fire, but rebuilt in the 18th century and today preserved in the same style. The guesthouse still recieves guests to spend the night and the restaurant is open to all visitors.

In Kumlinge, the Hermas homestead, with it's dozens of buildnings, is preserved just as it was over a hundred years ago. In Lemland you will find the old captain's home Pellas, perfect for a visit and a break along the road from Mariehamn towards the eastern archipelago. 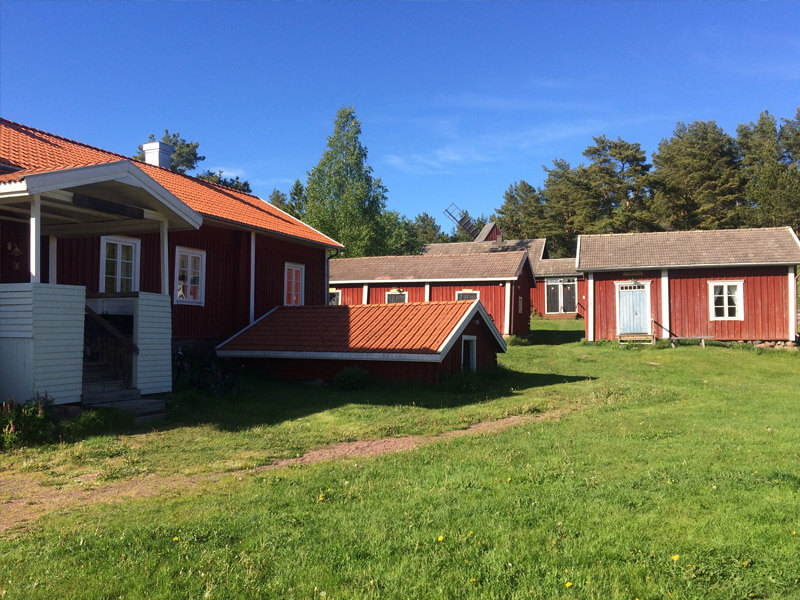